Karin says:  In case this is your very first visit to this blog - we write about MSA (Multiple System Atrophy) and my lifelong friend Sonja van Rhyn's journey with this illness. On the link Karin Says I mention that most of the blog articles here have been written by Sonja herself, but that a little bit more help is needed now and then, hence this article written by me.  (This of course gives me the freedom to say things that Sonja is reluctant to - *evil grin*).  Before I carry on - do pop into our Facebook page and stay in touch by liking / bookmarking it.

There are no official organisations in South Africa yet for MSA. There is no research done here either - yet. Should you search for Multiple System Atrophy South Africa, the chances are that  you will probably end up right here, which are both good and bad. Good - well that's obvious and bad - because it shows how little there has been documented in this Country.

When Sonja was diagnosed 4 years ago, no material was available locally and we started knocking on international MSA doors - be it reluctantly - to know more.  We gingerly created this blog as well as the Facebook page - walking or rather stumbling onto unknown territory.  MSA was a mysterious and scary subject, one which Sonja and I often tried to shut our minds to, only to be jolted continuously and rather rudely sometimes, to plunge deeper into this abyss.  The international MSA public platforms have been of tremendous support for our humble attempts to create awareness.  Sonja has managed to shared her story thus far with factual honesty, creating a colourful tapestry of her life before and after being diagnosed with Multiple System Atrophy.

Throughout the blog you'll see that over time we have managed to spread awareness, especially in South Africa.  We've managed to establish contact and reach out to patients, carers and loved  ones - all affected by MSA.  We have been privileged to meet a few in person, communicated with many through social media and been deeply affected by everyone's stories.

The Good, the Bad and the Ugly of MSA - we have seen and felt it all.  The best of course is the Good. There really is just SO much good. We have seen such kindness, compassion and tenderness displayed by the many friends that have crossed our paths.  Old friendships have been rekindled and contributes greatly to make her days worthy and bearable.

The Bad and the Ugly have many faces., e.g. physical deterioration which could include loss of speech; difficulty swallowing; inability to stand and walk; unable to dress yourself; no longer able to hold a pen to write a card or cutting your own food.  There's many more we know. Let's focus on the Good.

Awareness.  Earlier this year Sonja initiated a place where MSA patients, carers and friends could share any kind of art.  With a lot of help from Liebet Jooste (who lost her mum last year to MSA and since become a dear young friend) Art for MSA was created.  This page has brought delight and inspiration to many - all over the world.   It has been and still is such a unique way to continue our quest for awareness and been a positive and inspirational page to many.

In a roundabout way, this has led to a local TV station approaching us for an  interview with Sonja, Liebet and myself yesterday.  To say that we were thrilled, ecstatic and petrified at the same time would probably explain what all we felt.  What a fantastic opportunity to get the voice of MSA in South Africa heard.

Homebrew Films, a film crew for Kwêla (part of South African DSTV Kyknet channel) spent the day with us this week, 4 September 2014, a day and date that will hopefully contribute greatly to putting MSA in South Africa in the much deserved limelight.

From early in the morning, there was a lot of scurrying in the van Rhyn household.  Special mention need to go to Lillian for getting Sonja and the house ready.  Johnny (Sonja's husband), as always, the absolute stalwart in the background, whose loyal and devoted support to Sonja I cannot describe in a few words here, got everything else ready in record time.  His constant, continuous, everywhere and all over the place presence is phenomenal - every single day, day after day.

It was lights, camera and action the whole day long.  The Director, Werner Hefer, and his team guided and chided us into our interviews.  They were patient, kind and simply bloody marvelous - each and everyone of them.  Johnny Davids was such a trooper and was the perfect person to do the interviews. Sonja was Miss Cool Cucumber and despite a jumpy leg handled all the questions with ease.  (So proud of you Sissi - you did great!)

The various takes and shots took place from various angles and places. So much paraphernalia were dragged around all over the place all the time!  Reflecting sheets; bright lights that could light up a township; tracks to wheelie a camera on a tripod for wide angled shots; big black boxes with wires, gadgets and stuff - lots and lots of stuff.  We laughed a lot, had coffee a few times, had a few retakes because of inconsiderate barking dogs (the neighbours') - not Maggie and Milo the resident Jack Russels - they were good as gold, that one annoying Hadeda with its loud nasal call and the inconsiderate business nearby who stepped up the grinding noises.

After a reasonable break and more coffee, cookies and snacks, the gadgets and paraphernalia were packed up for the next scene, setting off to the beach in the long-awaited SissiBissi - the vehicle that we waited for so long to be customized to transport Sonja around.  Talk about timing - this was completed less than 48 hours earlier.  This in itself is another highlight - for Sonja to be able to go out again since April earlier this  year.  (It became impossible for her to transfer from a wheelchair to a car - hence the hunt and subsequent acquisition of a suitable car to be customized).

We set off for the short drive to the beach where the last interviews were shot.  Now we hold our breath that the all this hard work can be edited to be included in a Kwêla program soon.  We can't wait.  Keep a watch on our Facebook page - well update it there as soon as we know.

Here are a few 'Behind the Scenes' photo's of this truly great day.

Thank you again to this great team for this day.


And then we got ready for the next scene - to the beach in the SissiBissi.

We love getting messages - drop us a line. 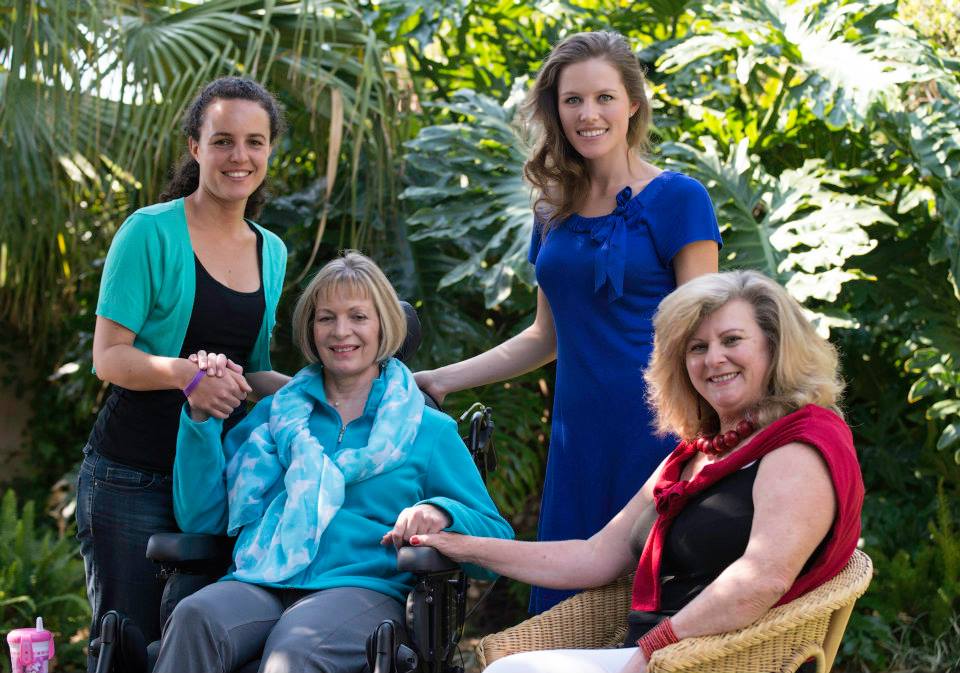 Hi – thank you for stopping by. This blog was created to reflect the journey of a MSA Patient from South Africa; Sonja van Rhyn. The blog was initiated and created by Karin (her friend). The first blog entries are by Sonja herself, sharing her life with MSA. Subsequent to Sonja’s deteriorating condition, Karin has taken up the story. South Africa – at the very tip of Africa; we’re famous for many many wonderful things: . Our wild animals – especially the big five - Rhino’s, Elephants, Lions and Buffalo and Leopard – these are just a few of our great beasts . For adrenaline junkees – at Gansbaai it’s Shark-diving to see the monsters of the sea . The beauty of the Garden Route is endless . Our diverse, vast and beautiful countryside lures tourists from far and wide . Our wild flowers in Spring compete with our indigenous fynbos for splendid beauty . Table Mountain, Kruger National Park, L’Agulhas - the most southern tip of Africa . 3000 km of pristine coastline . The Cango Caves of Oudtshoorn in the Karoo . The Cape Winelands boast some the finest wines in the world . Robben Island and Madiba – our prince of peace . Soweto, Durban, the Wild Coast and so the list goes on and on It’s really a wonderful place to be and we call it home. There’s a ‘beast’ been discovered in Africa - a rare beast of another name: MSA (Multiple System Atrophy and its host is Sonja van Rhyn. I was thinking of calling this beast a name - a name that identifies with Africa - and the name MufaSA came to mind. (Mufasa? Remember LionKing? (Mufasa was a Great King of the Pride Lands and the father of Simba). But then I thought again, and naming MSA a king would be giving it victory and that’s not going to happen. The only victory I would like to see is a cure. So - I am not giving the beast this name, but to Sonja - because she deserves that name. MufaSA! Sonja deserves the platform and the crown that is associated with a king. A king is rewarded and associated with bravery, perseverance, tenacity in its attempt to conquer the fight and kill its prey. Being the king, even in the animal kingdom, takes its toll. The pack leader of a lion troop becomes weak without the support of his pride. Become one of this pride and you will become part of the chain of life and living and caring for humankind - which is one of the most fundamental reasons for living. If you’ve landed here – you become part of this chain. Please share it with someone. It will lead us to our goal – to find a cure for Multiple System Atrophy. Treasure your loved ones. Life is a gift. (Karin)

Important and Official Information and Links. Share with your Doctors / Nurses / Healthcare Practitioners

How did the MSA Trust in the UK begin? 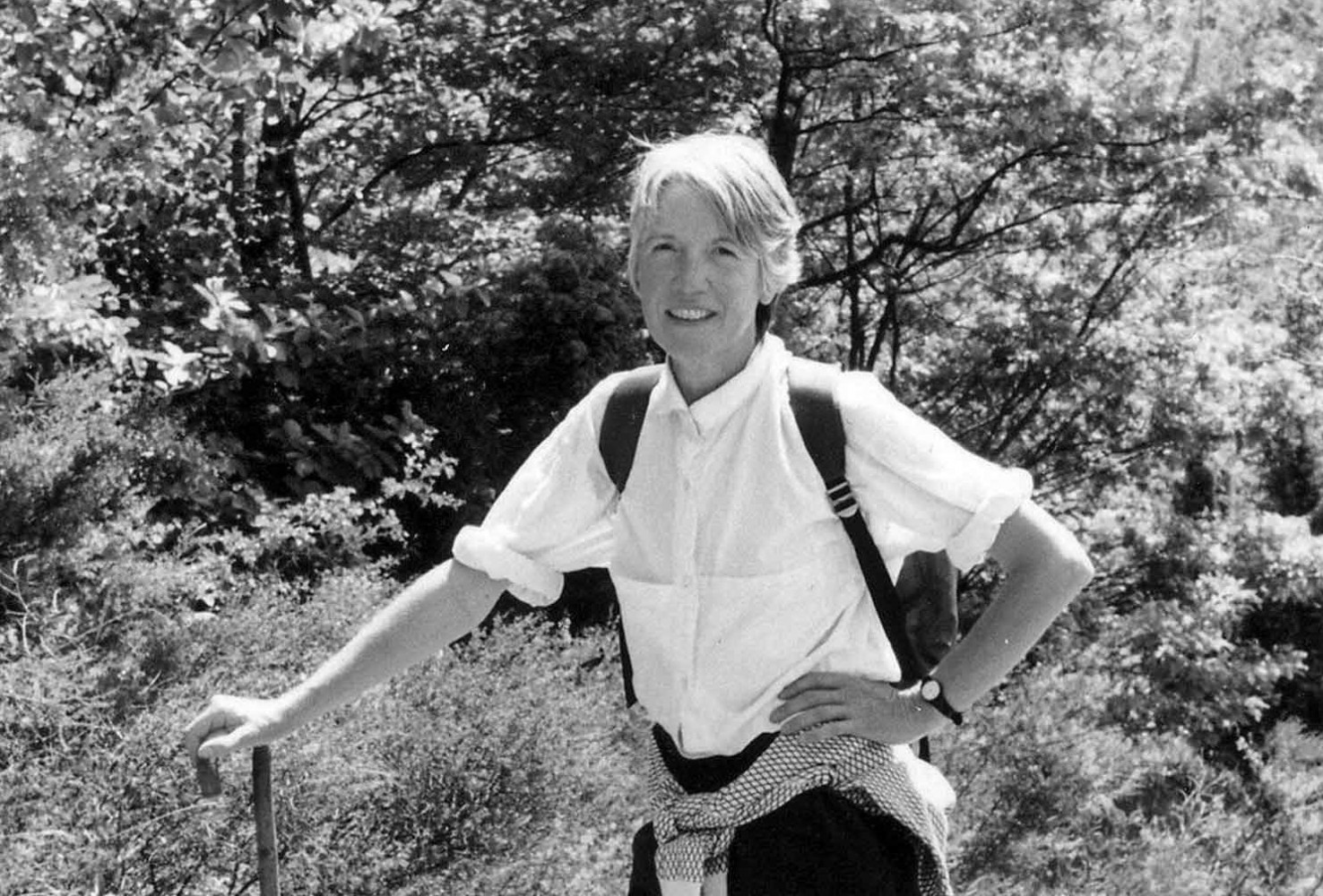 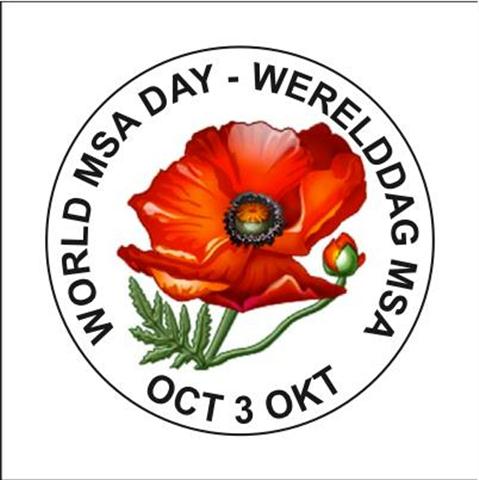 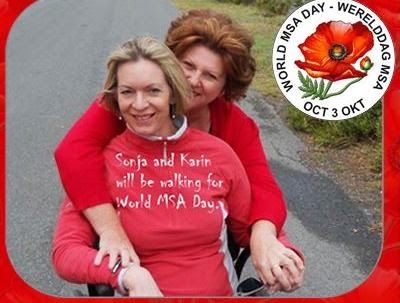 Sonja and Photoshoot for MSA Awareness 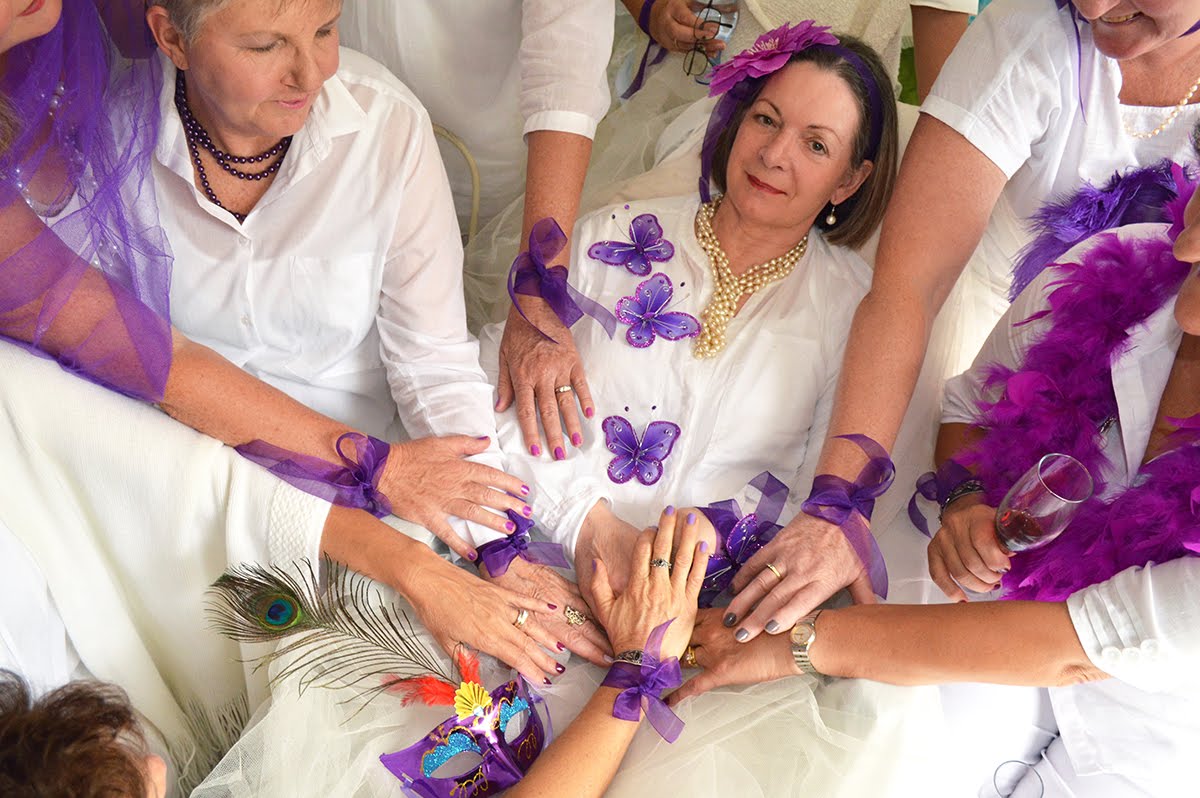 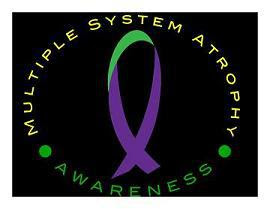 There's this thing - its called MSA 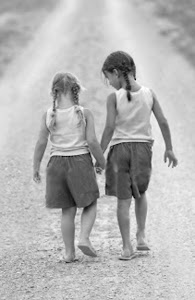 Come Sissi - I'll walk with you. 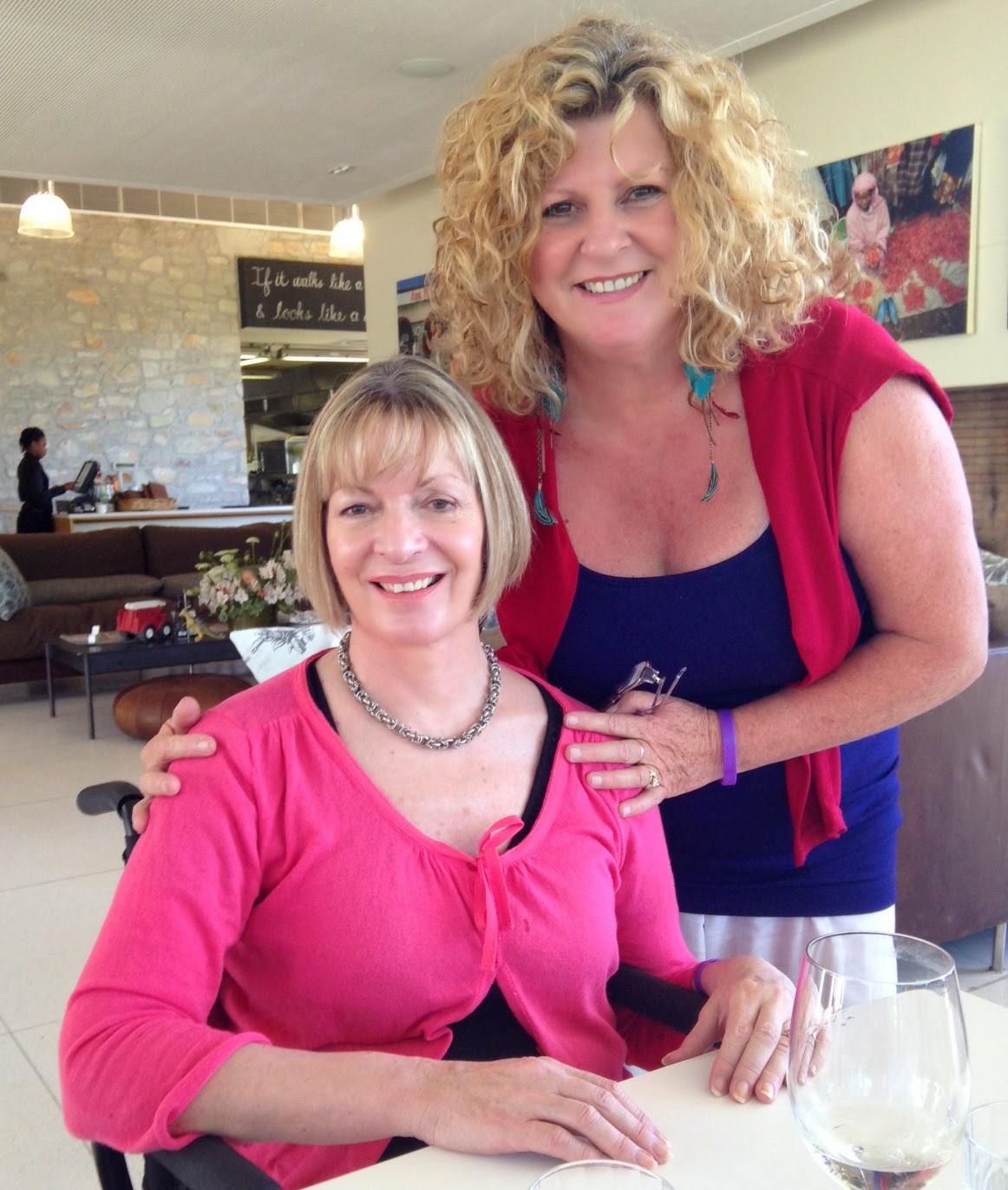 Some places we visit